1996.  That's when it started.  It was that year that a co-worker was having a Christmas party.  He didn't want to invite everybody, just people that he thought were appropriate for his house.  Just people that were "the right type."

It just so happened that Don Collier was invited to this party.  He was "the right type."  Me, not so much.  Don asked if I was going and I had no clue what he was talking about.  We thought it would be funny to confront the co-worker about why I wasn't invited.  The guy told us he "forgot" to invite me, and that I could go.  The party wasn't that great, but it was the PRINCIPLE of the thing.  Why wasn't I "the right type?"

The following year, said co-worker had another party.  Sure enough, Don got invited and so did I.  He even invited our pal Dave, another non "right type."  But he scheduled the party in such a way that Dave wouldn't be able to attend because of his work schedule.

We talked it over with our boy Frazier, who generously opened up his home. 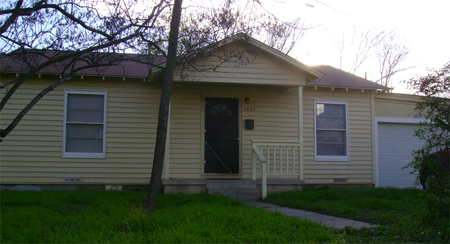 Historical site of the very first Monkey Xmas
Bam!  We had a location.  We themed the party.  Monkeys.  Bring a monkey gift and get a monkey gift.  And you would always get an awesome gift, no matter what. Everyone was invited.  EVERYONE.  In a hypocritical twist, we might have "forgotten" to tell you about it, but everyone was invited.

Well, that didn't turn out so well.  One guy misunderstood the theme and brought a Captain Lou Albano statuette. 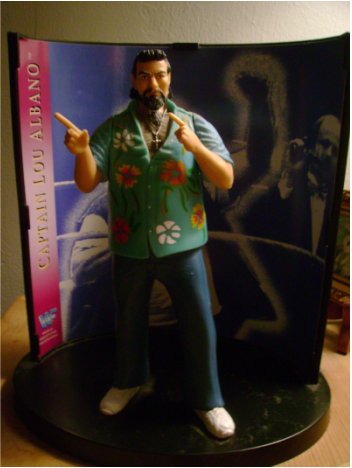 How the hell did this happen, Barry? We specifically said MONKEY!
Another guy thought it would be hilarious to bring bananas and a wrench.  "Monkey wrench!  Get it?  Haw haw!"  No.  You suck.

And not that many people showed up.  Ten people.  Tops.  So much for stealing away our co-worker's party.  That was 1997.  The first annual Monkey Xmas party.  A humble, spiteful beginning.

The following year, the coworker had another party and, as fate would have it, everyone who went came down with food poisoning.  I can assure you that we had nothing to do with it, unless spiteful thinking magically makes food poisoning happen. I've tried this on other people's parties and I can tell you with confidence that it does not work.

That poisoning left a bad taste in attendees' mouths.  Literally.  Lots of vomiting, I hear.  That effectively killed the party from then on.  Monkey Xmas stole away most of the party goers the year after that with the promise of no food poisoning.

Monkey Xmas has become THE social event of the holiday season. Quality monkey gifts, a "hilarious" video presentation and an all around good time have pushed Monkey Xmas into the upper echelon of parties. You should check it out some time. If we remember to invite you.